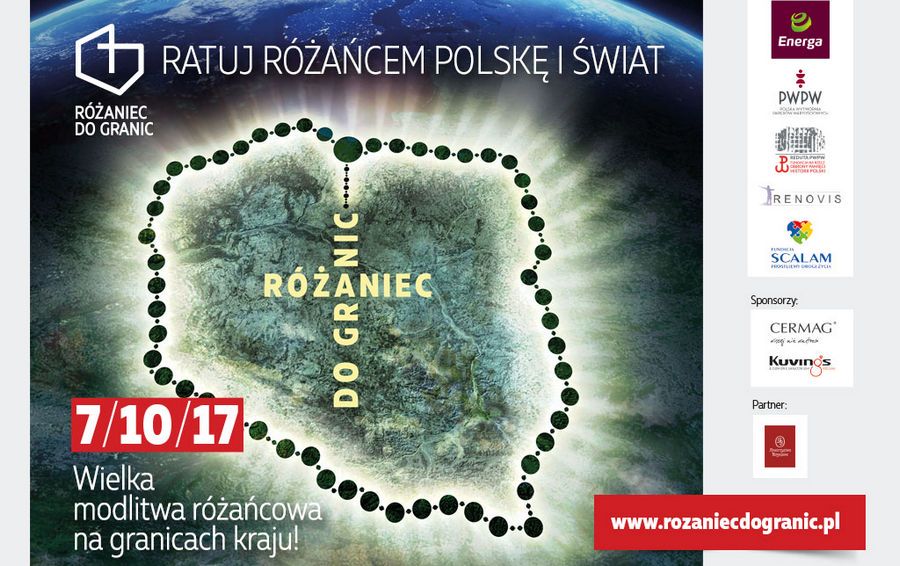 Several million Poles prayed the rosary at the same time throughout the country this Saturday. This was the largest prayer event in Europe after the 2016 World Youth Day.

“The Rosary to the Borders” is the name of the prayer initiative, which took place on 7 October, the feast of Our Lady of the Rosary. On the 100th anniversary of the apparitions in Fatima, pilgrims went to the borders of Poland, where Holy Mass was celebrated simultaneously in 300 churches at 11:00 am, with the Rosary prayed at 2:00 pm.

This was an initiative started by lay people, the aim of which was, among others, to promote the Rosary prayer. The Secretariat of the Polish Bishops’ Conference invited the faithful to attend the Masses and to join in the recitation of the Rosary.

The organizers indicate that the intention of the prayer is peace in Europe and in the world, so that the walls of hatred and hostility may be destroyed.

Millions of people took part in the Holy Mass. This exceeded the boldest expectations of the organizers. People gathered in prayer together not only at the borders of Poland, but also in town squares, at village borders, in churches and chapels, in hospitals, at the airports and in many other places.

It was also a great media event. Participants shared in social media videos and photos of the praying groups, with the hashtag (in Polish) #RóżaniecDoGranic and #RozaniecDoGranic.

Source —> BP KEP: „The Rosary to the Borders” – The Largest Prayer Event in Europe Since the 2016 WYD